Registration of the Higashine Cherry determined

On April 21, 2017, the Geographical Indication Registration and Registration Certification Award Ceremony was held at the Ministry of Agriculture, Forestry and Fisheries. The chairperson and the vice-chairperson of “Higashine Fruit Kingdom” Fruits Industrial Cluster Association, Mr. Seigo Tsuchida, Mayor of Higashine, and Mr. Katsuzo Sato, the head of the Higashine City Agricultural Cooperative Association, and others involved attended the ceremony. Our representative received the registration certification from Senior Vice Minister Isozaki of the Ministry of Agriculture, Forestry and Fisheries.
In this city, "Higashine Fruit Kingdom" Fruits Industrial Cluster Association, which was organized by the people involved in agriculture, commerce, the manufacturing industry in the city, educational institutions such as local universities and local administration, applied for the registration with the national government in October 2016. The registration was publicly announced in December (through March 28, next year), examined by a committee by scholars and experts on April 12, and determined to be registered on April 21. 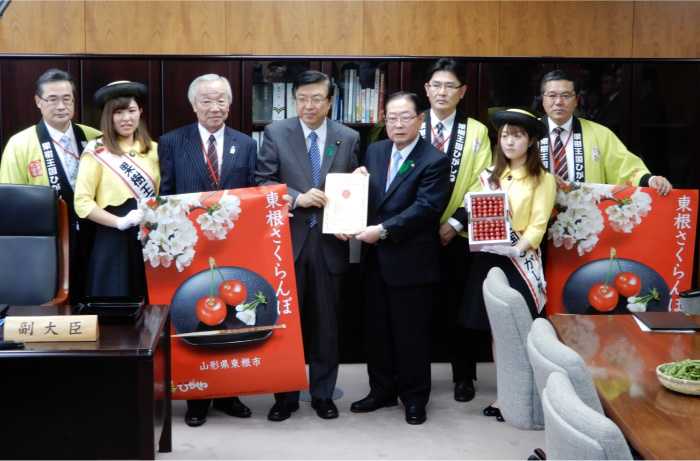 What is the Geographical Indication (GI) Protection System?

This system is to advance producer interests and secure reliability for customers by protecting product names (geographical indications) as intellectual property that has acquired a high quality and reputation because of production methods locally developed over many years and the characteristics of production areas such as weather and soil. The Ministry of Agriculture, Forestry and Fisheries is working on this system.
Yubari Melon, Kobe Beef and more are listed among the registered products; the addition of the GI Mark to named products helps people select high-quality products that satisfy the specified levels of cultivation and shipping criterion. 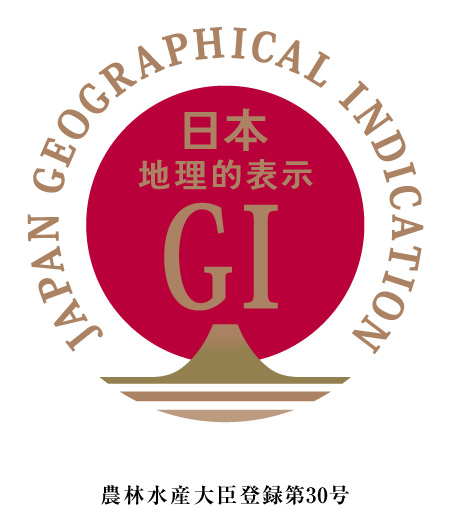 ①Systematizes and differentiates local products and their brands.

③ Our brands can be protected without burdens such as lawsuits. 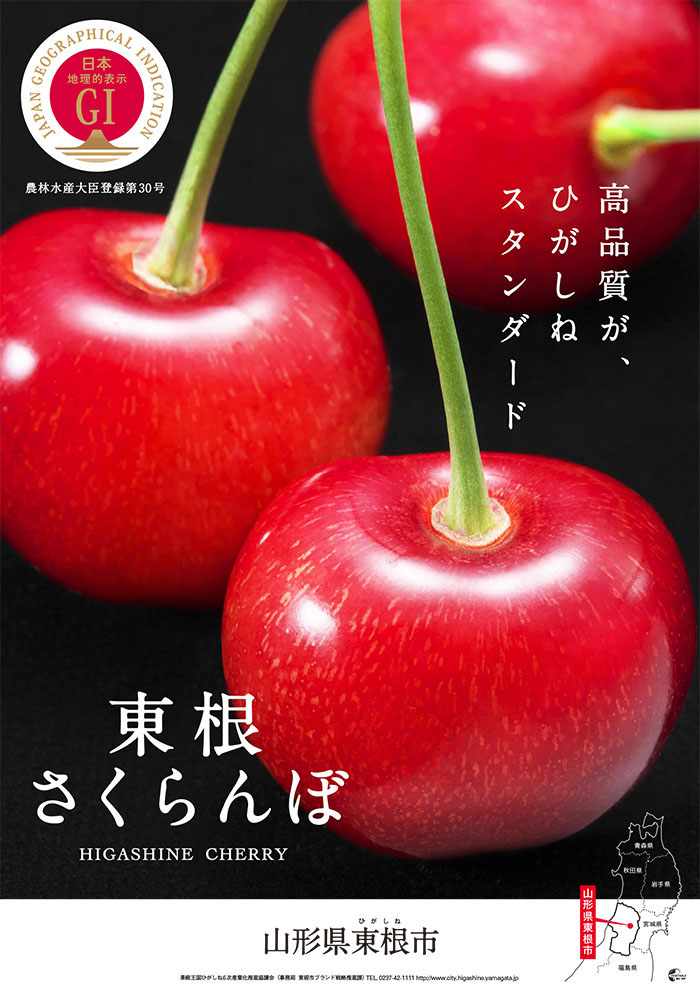