La France pears have different colors and shapes. They are not attractive.However, once you bite into one, you will find how soft and delicious it is!

European pears have been raised in Germany and the U.K. since around the 16th century, and a popular brand, Bartlett, was started in the U.K. in the 18th century. This brand was introduced to Japan early in the Meiji period. Bartlett pears were eagerly produced for canned food, and La France pears were planted in a corner of the Bartlett field as pollinizers. The La France was found by Frenchman Claude Blanchet in 1864. He praised the deliciousness of the pear as “a fruit suitable to represent our country!” Then, its name became La France. The demand for fresh fruit has been greater than that for canned fruit since around 1970; accordingly, La France pears for eating fresh have attracted people’s attention. La France has another name, butter pear, which implies its special sweet scent and smooth texture full of fruit juice. At the beginning, La France pears were expensive and only a limited amount were on the market, but they have spread thanks to a gourmet boom. 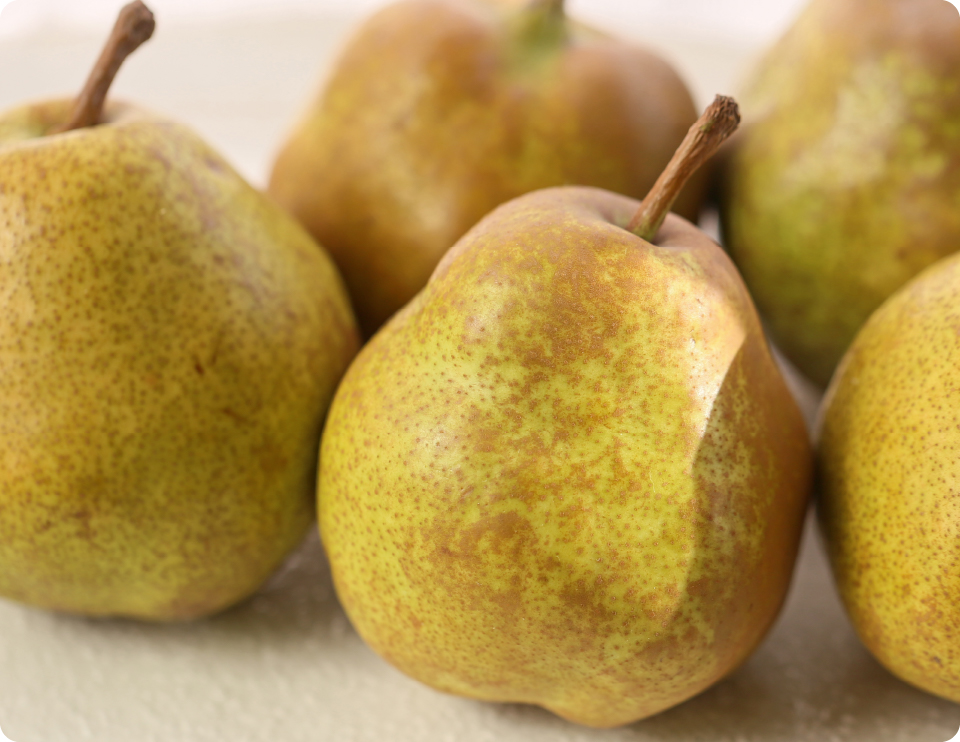 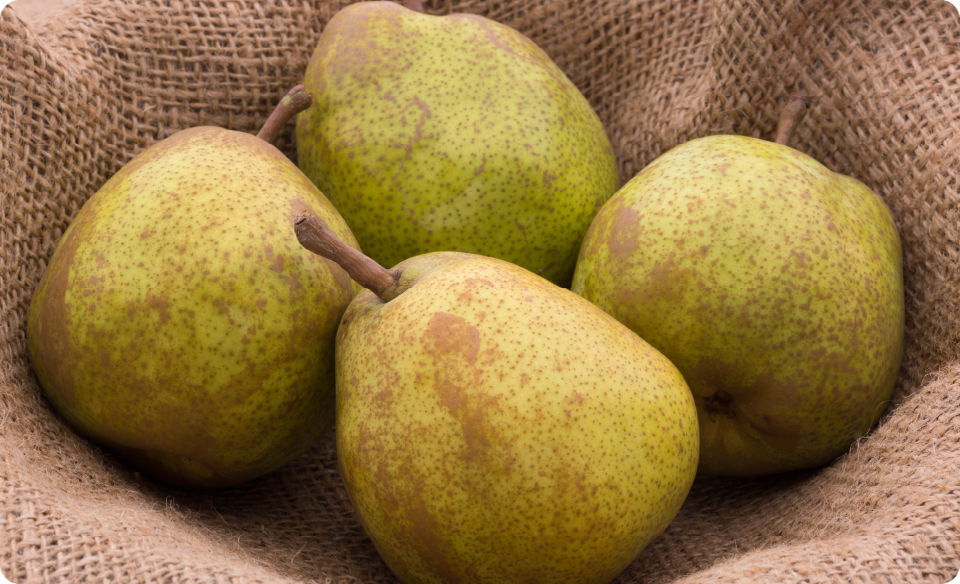 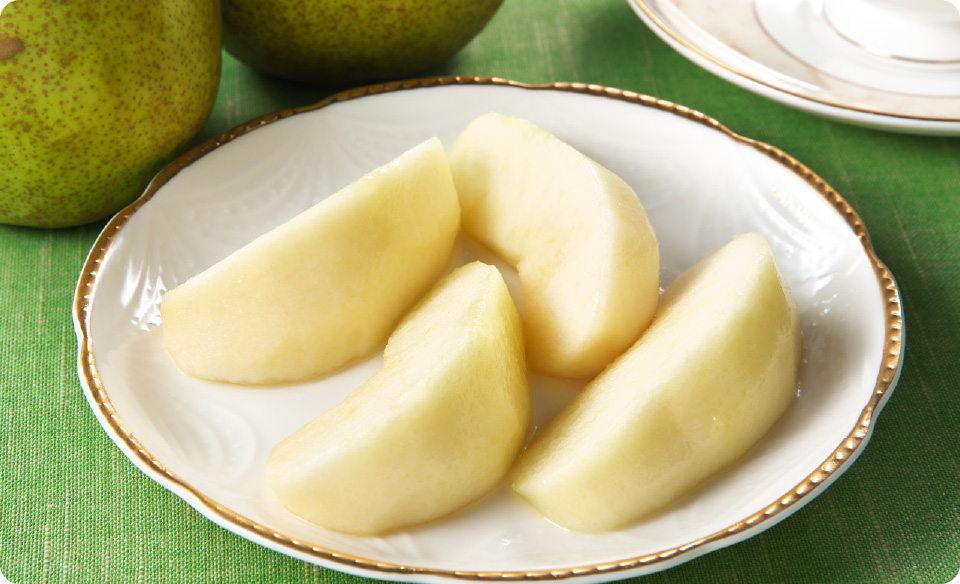 Keys to deliciousness are precooling and force-ripening. 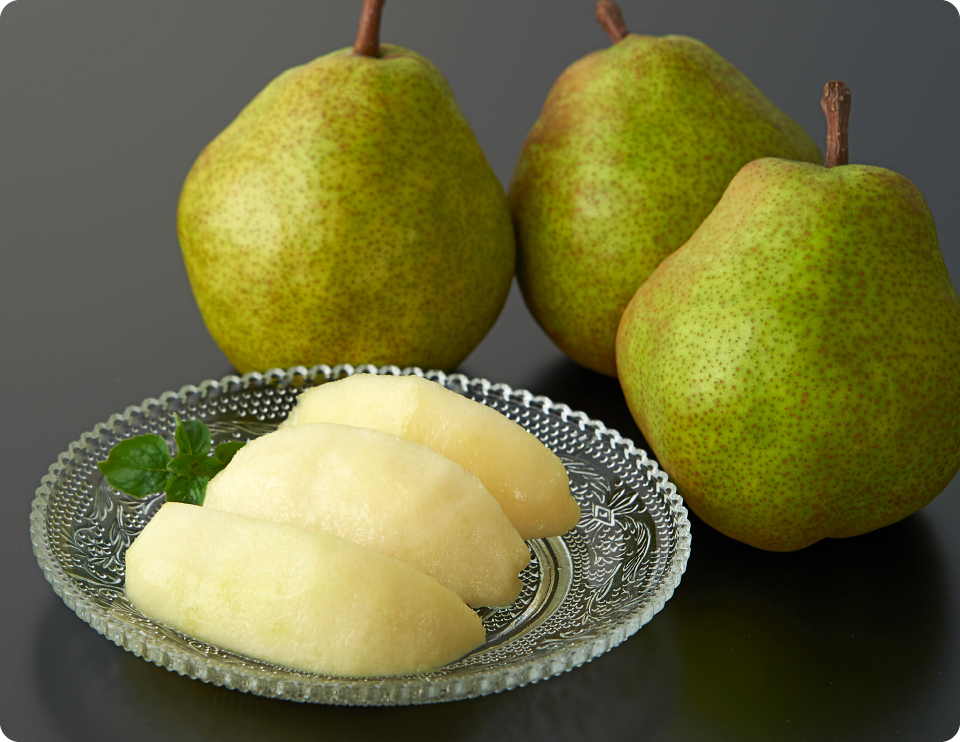 Check around the axes to find the best time to eat your pears.

The wrinkles around the top show us the best time to eat the La France.

The skin color of the La France hardly changes, differing from other European pears. Therefore, finding the best time to eat them is difficult.
Here is a key: Keep your La France pears at room temperature after delivery until they show their new wrinkles. The best timing for eating the La France should be regarded as a guideline because the speed of force-ripening depending on the temperature in storage. (Force-ripening is accelerated in warm storage.)
When a La France pear becomes good for eating, its axis is wilting, wrinkles appear around it. In addition, its sweet scent becomes stronger, and when it feels a little harder than your earlobe when you slightly press the parts near the axis, it is time to eat it.

The wrinkles around the top show us the best time to eat the La France. 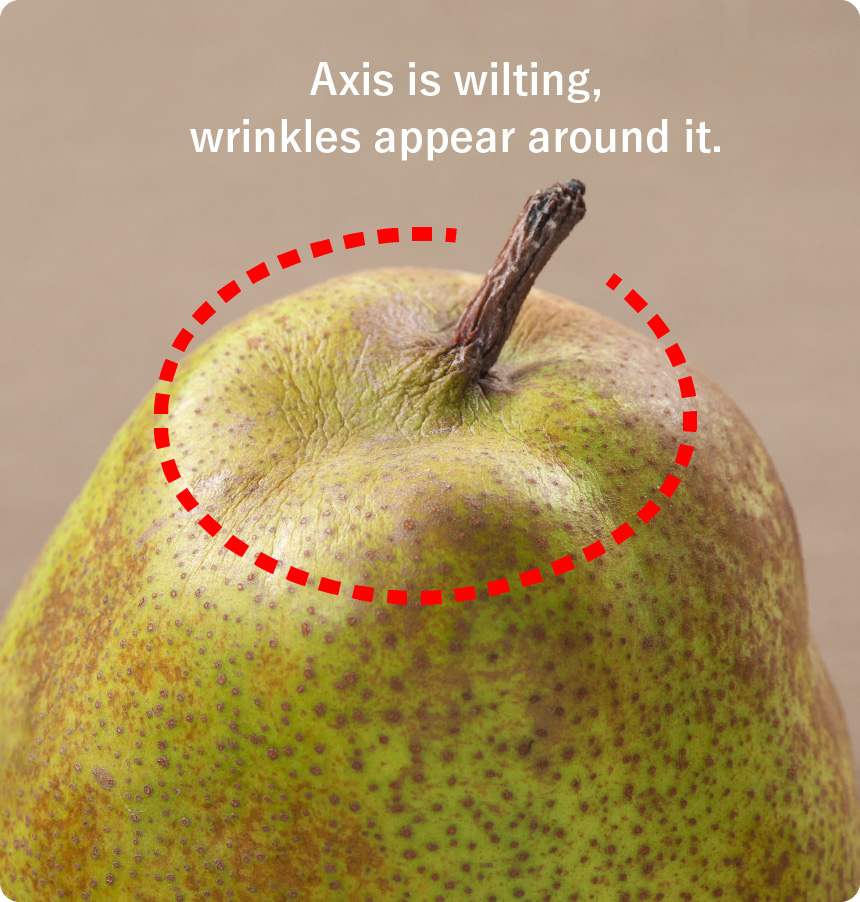 How to cut and enjoy a delicious La France pear 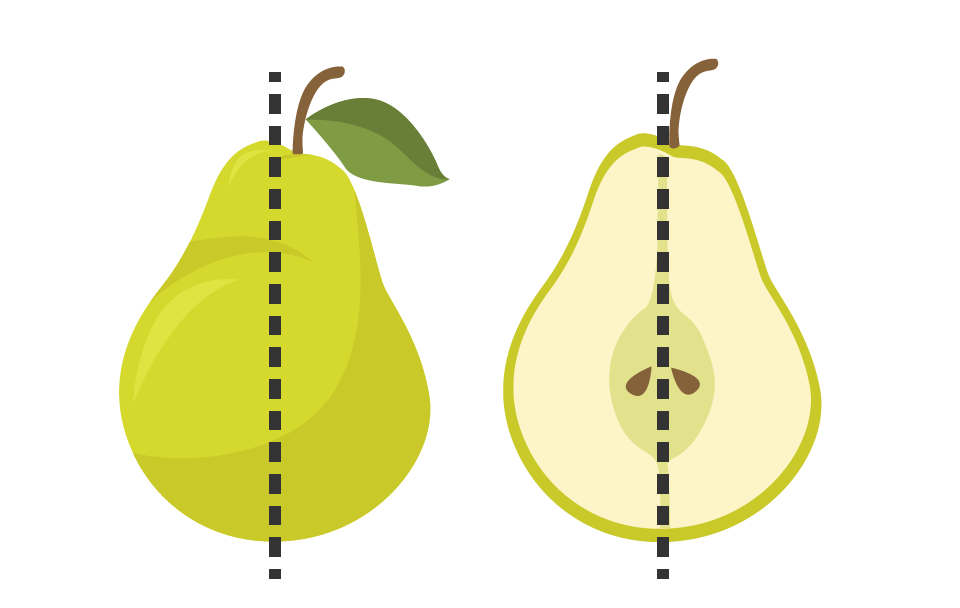 Fruit juice will make your hand slippery. Therefore, be careful not to drop the fruit. Putting a La France pear into a refrigerator two to three hours before eating makes the pear tastier.

How to eat La France without touching the fruit juice 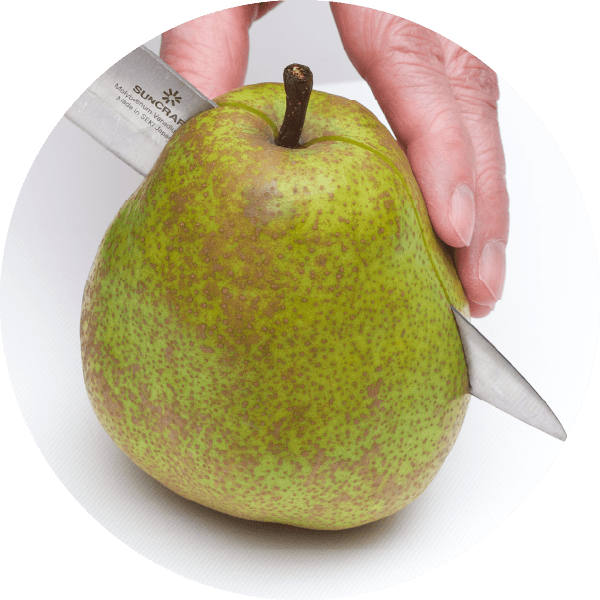 Do not peel the La France pear. Putting it into a refrigerator two to three hours before eating makes the pear tastier. ②Hollow out the core of the pear.

Hollow out the core in the center of the La France with a spoon and dispose of it. 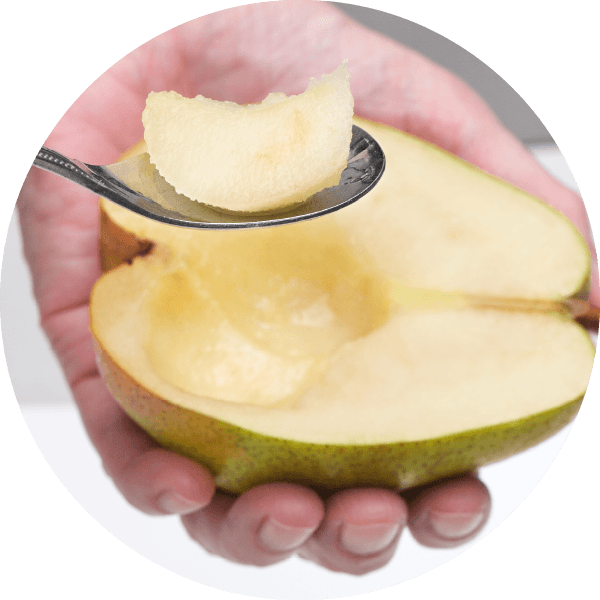 ③Eat the flesh of fruit by spooning it out.

Eat the flesh of fruit around the core by spooning it out. In this manner, you can enjoy the fully ripened La France pear.

How to preserve your delivered La France pears 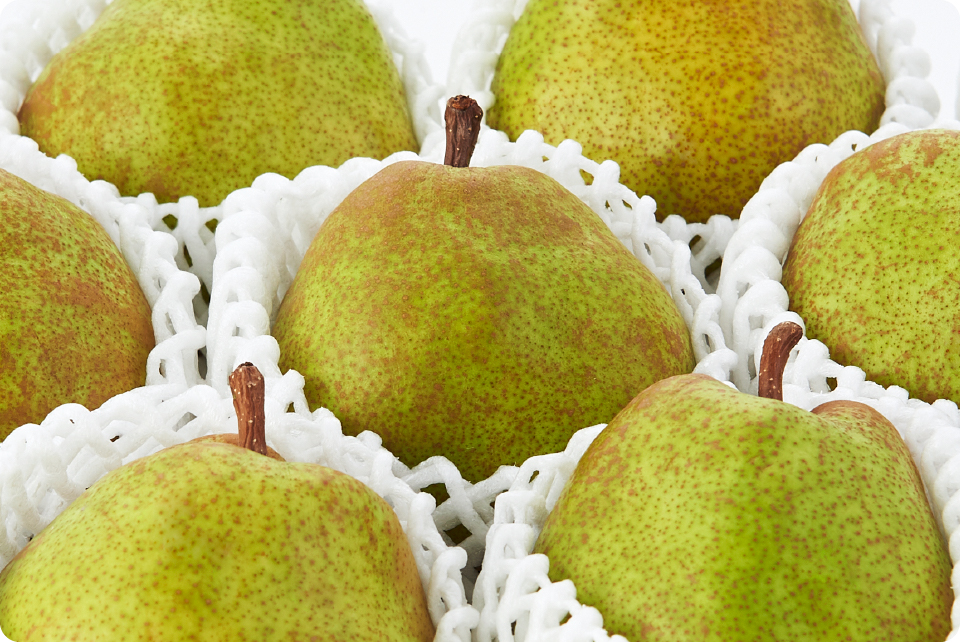 When La France pears are frozen for preservation
Cut a La France pear into two equal parts, cover each piece in plastic wrap and freeze them. Before eating a frozen La France pear, thaw it at room temperature and use a spoon to scoop the flesh of fruit out like sherbet.
Before freezing La France pears, make sure that they are fully ripe.

◆Information provided by the Yamagata Prefectural Headquarters of the National Federation of Agricultural Cooperative Associations. 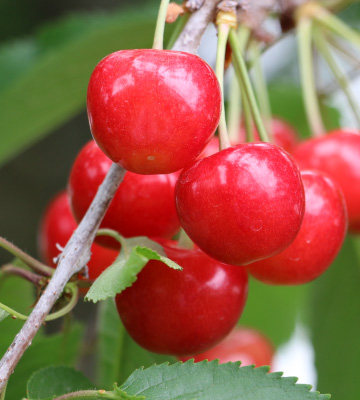 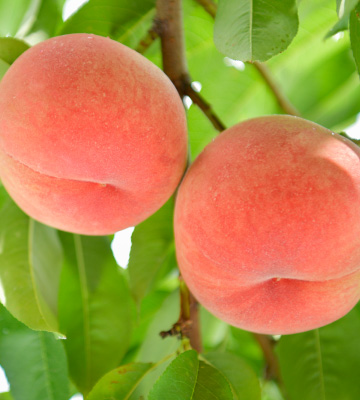 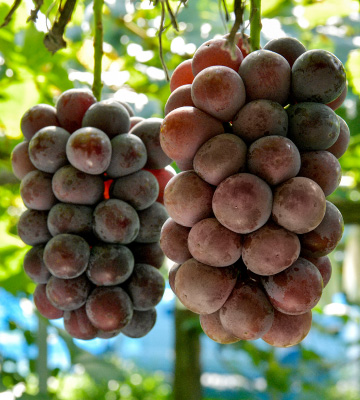 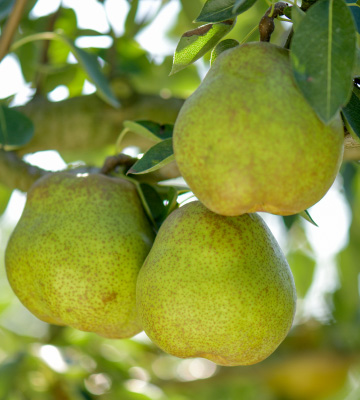 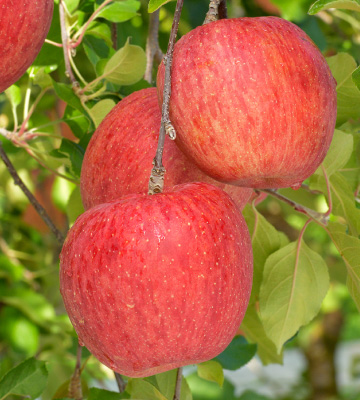